How do the AWS instances compare to commercially available graphic cards?

With the rise in popularity of blockchain technology leading to high demand for high-end-graphic cards and supply-chain shortages during the COVID-19 pandemic, the cost of acquiring a performant graphics card has been steadily increasing.1 Because the global chip shortage is expected to continue over the course of 20222 it is feasible to explore other ways to obtain access to high-end graphics cards instead of overpaying for a card or relying on an enthusiast friend to lend You one. The first thing that might come in mind is the use of disposable computational resources with the major Cloud providers. But how do the traditionally available high-end graphic cards compare to the cards offered in the cloud? In the following we will compare the newest G-Family instances available on AWS. Hereby, two publicly available Unreal Engine benchmarking tools will be run and evaluated on a g5.4xlarge instance. As a reference for the instance performance the enthusiast friend mentioned above has kindly provided his high-performance gaming set-up running a GeForce RTX3090.

AWS has recently made its new EC2 G5 instances publicly available.3 The G5 instances which are designed for graphic intensive workloads feature a NVIDIA A10G Tensor Core GPU and are powered through second gen. AMD EPYC processors.4 Being the obvious choice, the G5 instances are expected to be at least as performant as a high-end gaming PC. Whether or not this statement checks out will be tested in the following. A g5.4xlarge instance utilizing NVIDIA RTX Virtual Workstation – Windows Server 2019 AWS Marketplace AMI was spun up on AWS.5 By using an RDP connection via Microsoft Remote Desktop Application, the connection to the instance was established. In the first step, the Windows Device Manager has been checked, to ensure that the NVIDIA A10G card is recognized by the OS on the instance.

Figure 1: Screenshot of the Windows Device Manager running on the EC2 instance, showing the NVIDIA A10G card being utilized by OS

As expected with the NVIDIA AWS AMI the A10G card is recognized correctly and has the necessary drivers installed. Two benchmarking tools based on Unreal Engine were installed to test the graphics performance of the g5.4xlarge instance, the Unreal Engine 4 Elemental DX12 Tech demo6 and Pure RayTracing Benchmark v1.51.7 Additionally, a technical demo utilizing Unreal Engine 5 called The Market of Light was installed and benchmarked using the framerate capturing tool native to online gaming platform Steam. Because it is an interactive, game like demo, we want subjectively find out whether or not a Unreal Engine 5 based game/demo is enjoyable being hosted on a VM in AWS.

With the chosen benchmarking tools utilizing different approaches to challenge the instance performance, the results of the tools will be discussed separately. The reference high-end gaming PC utilizes an ASUS Strix RTX3090, an Intel i7-7700k processor, GeForce RTX3090 and 16GB DDR4 RAM at 2400 Mhz. The benchmarks for each tool are measured on the g5.4xlarge instance and compared to the reference.

The Elemental DX12 Tech demo is tested with no interaction between user and demo running a cinematic sequence rendered in real-time by the Unreal Engine 4. During the demo, the current FPS are shown along with latency. The demo was released in Q3 2015, so the used benchmark is quite old. Nevertheless, it still remains quite challenging on hardware. Remember, the GeForce 900 series cards were introduced at a similar time, where the top-tier models remain desirable and cost even above the retail price stated in 2016 to this day.8 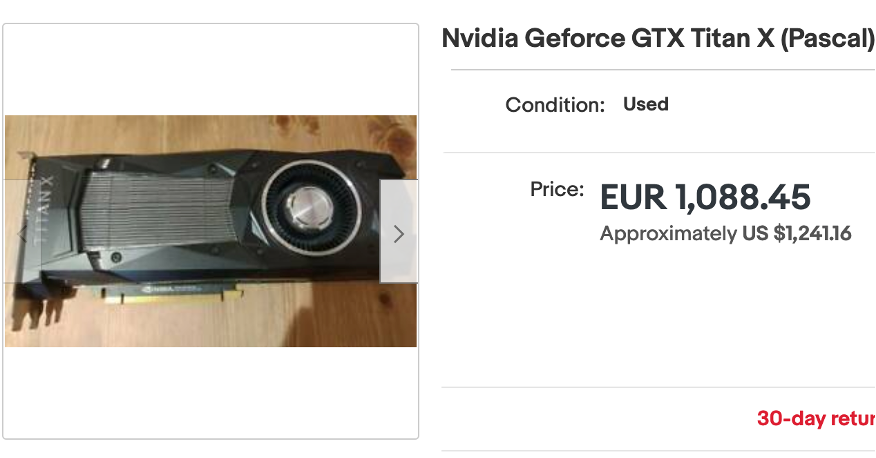 The Elemental DX12 Tech demo has been run with DirectX 12 in a resolution of 1600 x 900 pixels. With everything being said, the g5.4xlarge instance is no slouch regarding performance during the cinematic demo, with an average performance of around 100 FPS and sub 7 ms latency. The framerates are inconsistent and drop based on shown scenery. Fluctuations between 66 – 210 FPS are present, but impressively the cinematic playback remains stable and smooth even looked at through an RDP connection. 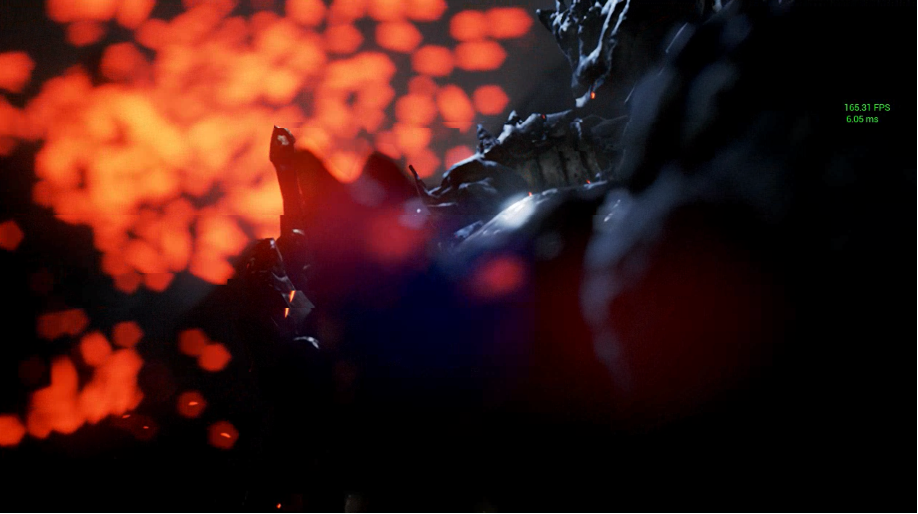 Figure 3: A screenshot of Elemental DX12 Tech demo made on a g5.4xlarge instance. The current FPS are shown on the right side, along with the latency in [ms]

Concluding the first test run, we can confirm that the g5.4xlarge instance with the NVIDIA A10G card is not quite as performing as our high-end reference, but delivers impressive performance nonetheless. A summary of all benchmark data is available at the end of the article.

Opposing to the Elemental DX12 Tech demo, the Pure Raytracing benchmark is a interactive benchmark, where a user can interact with the environment rendered by Unreal Engine in real time. For comparison reasons, we will stick to the cinematic demo performance also offered with the Pure Raytracing benchmark. With the benchmark being newer than the one in previous run, it potentially has more relevance for our use case. Some benchmark results are posted on the website already, but information about an NVIDIA A10G card is still missing.7 The benchmark was run three times on full HD resolution of 1920 x 1080 pixel, with varying quality settings between usual, high and pro. 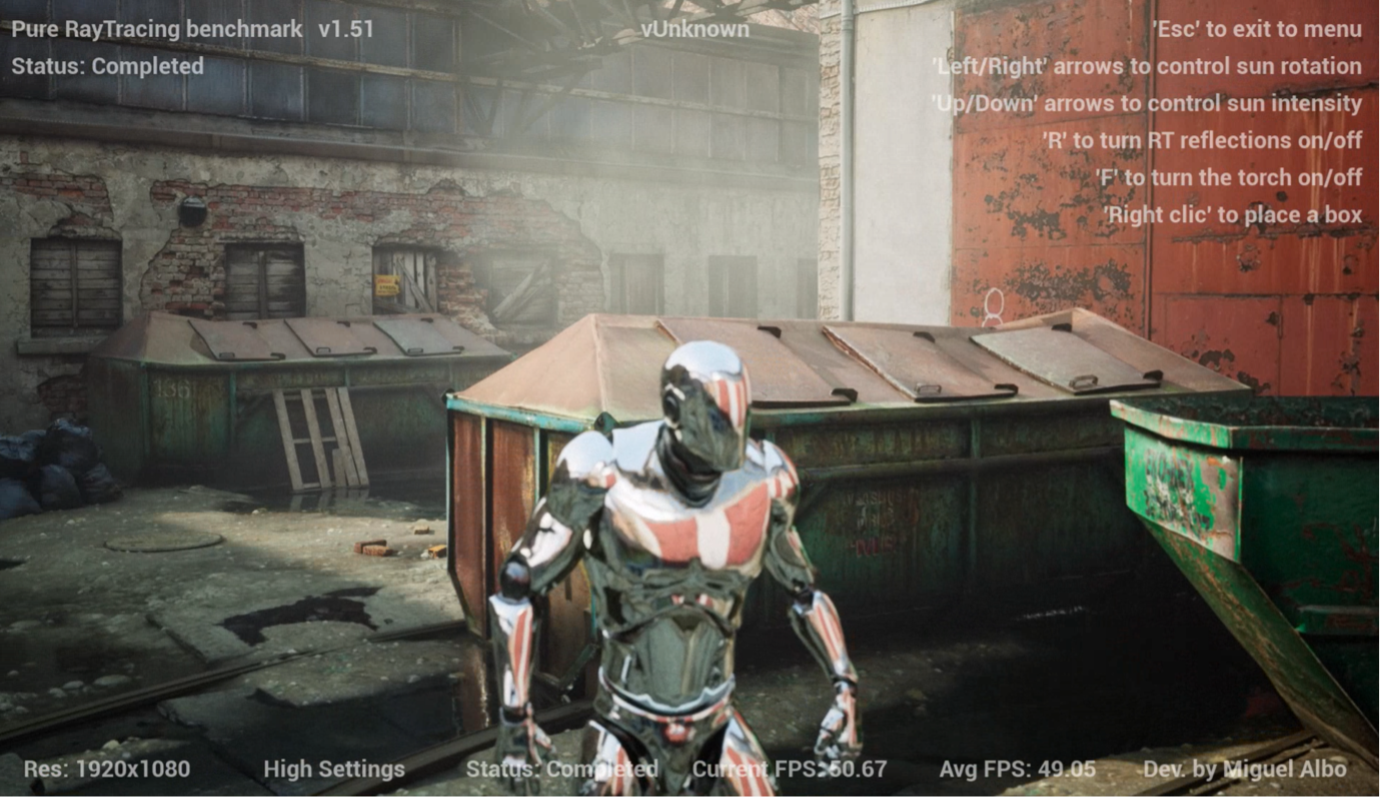 Figure 4: A screenshot of Pure Raytracing benchmark performed on a g5.4xlarge instance in interactive mode. Parameters, such as resolution, quality settings, current and average FPS are shown on the lower bottom of the figure

Long story short, the g5.4xlarge achieved quite good performance on the demo. The demo ran smooth in all cases, with excellent stability on usual setting but experiencing a few framerate drops on high and pro setting of around 20FPS. This might also be caused by fluctuation in RDP connection performance.

Compared to our reference, the difference becomes more than clear. The reference PC reached on average 1,4x times better performance than our g5.4xlarge instance. The playback stability and smoothness were unmatched, but also experiencing some framerate drops occasionally.

Compared to some benchmark performances listed on7, the GeForce A10G performance is comparable to a GeForce 2080 Ti Asus Rog Strix. I provide you with the liberty to find out the price of that card for yourself at that point. Just a hint: at the current price in Q1 2022 you could run a g5.4xlarge for quite a bit, without worrying of overshooting the price of the aforementioned 2080 Ti. Not surprisingly, the performance of an overclocked GeForce 3090 listed on7 was quite similar to our reference, being only 3 FPS higher. The OC 3090 has been listed with a whopping 57 FPS on Pro settings compared to our references 54 FPS.

The Market of Light

The Market of Light demo has been run with full HD resolution of 1920 x 1080 pixels. Surprisingly it was very much enjoyable to play on an instance hosted on AWS even by using a RDP connection. The g5.4xlarge instance provided quite stable 32 FPS, without major framerate oscillation, varying only between 16 – 33 FPS. Well, at this point I should mention that a game being enjoyable is a subjective thing. The numbers provided by the Steam framerate capture tool are not looking bright in this case. Surely, our reference will be performing a bit better, but by how much? The reference put out 75 FPS on average easily. But there is the thing: it suffered from quite severe FPS drops, with framerate fluctuating between 43 – 151 FPS. This rendered the game as not quite enjoyable as is could be in the opinion of our enthusiast friend. Well, as mentioned above it is a subjective perception. 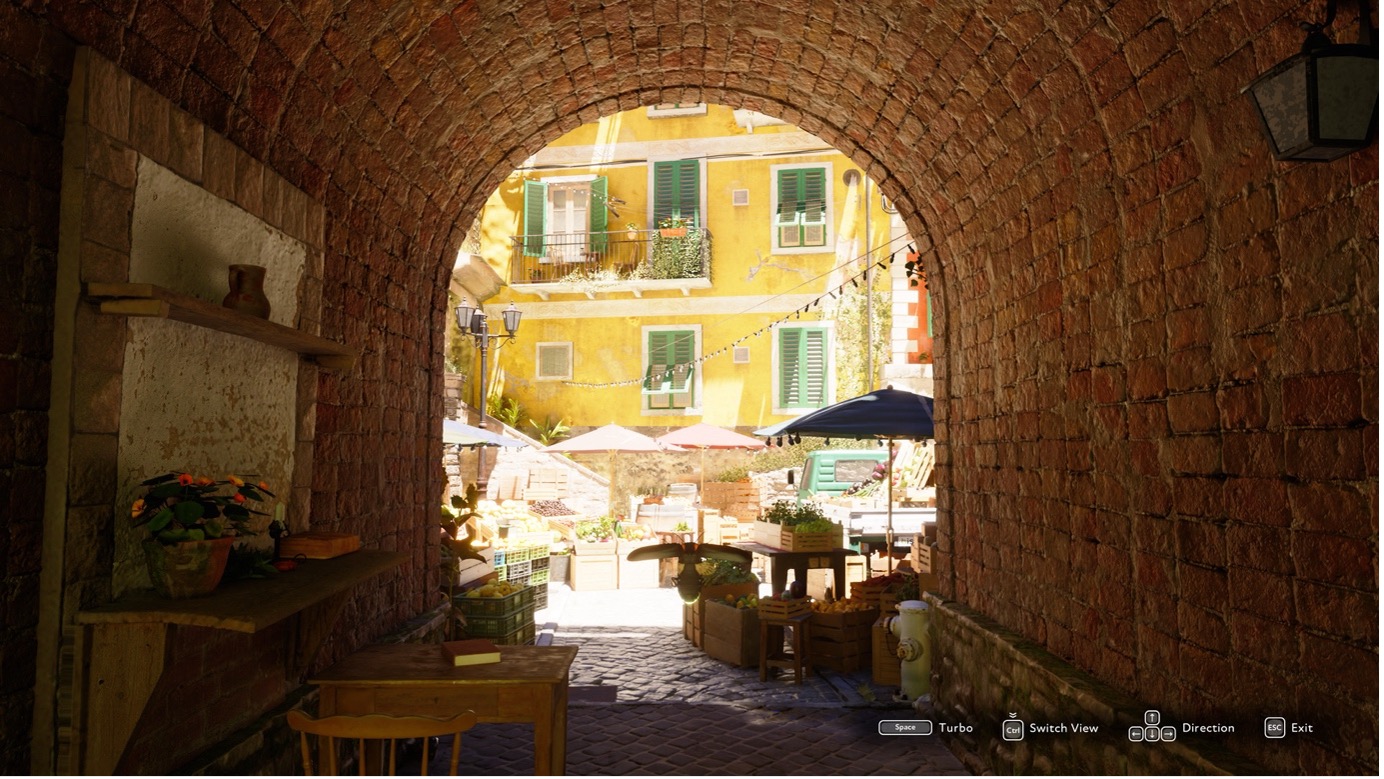 Figure 5: The Market of Light demo is shown. The demo could be played whilst being hosted on a g5.4xlarge instance utilizing an RDP connection without major issues. Picture source9

In the following, the benchmark data is summarized

Concluding our little experiment, we can state the following based on the generated data:

A matter of cost should be mentioned here too: the G5-family is intended to be used for graphic intensive workloads, but more in a Deep Learning or Machine Learning environment. Therefore, the cost of running an instance of the G5-family could be quite expensive for an average gamer intending to experience the newest technologies like Unreal Engine 5 first hand.10

For the chosen Unreal Engine benchmarking tools instances of the AWS G4-family were suggested. Feeling optimistic, we started-up an g4dn.16xlarge instance utilizing NVIDIA RTX Virtual Workstation – Windows Server 2019 AWS Marketplace AMI and installed the Pure Raytracing benchmark hoping to achieve comparable results to the g5.4xlarge instance. The results were sobering, with g4dn.16xlarge computational power not being enough to run the benchmark with acceptable framerate at high settings in interactive mode. 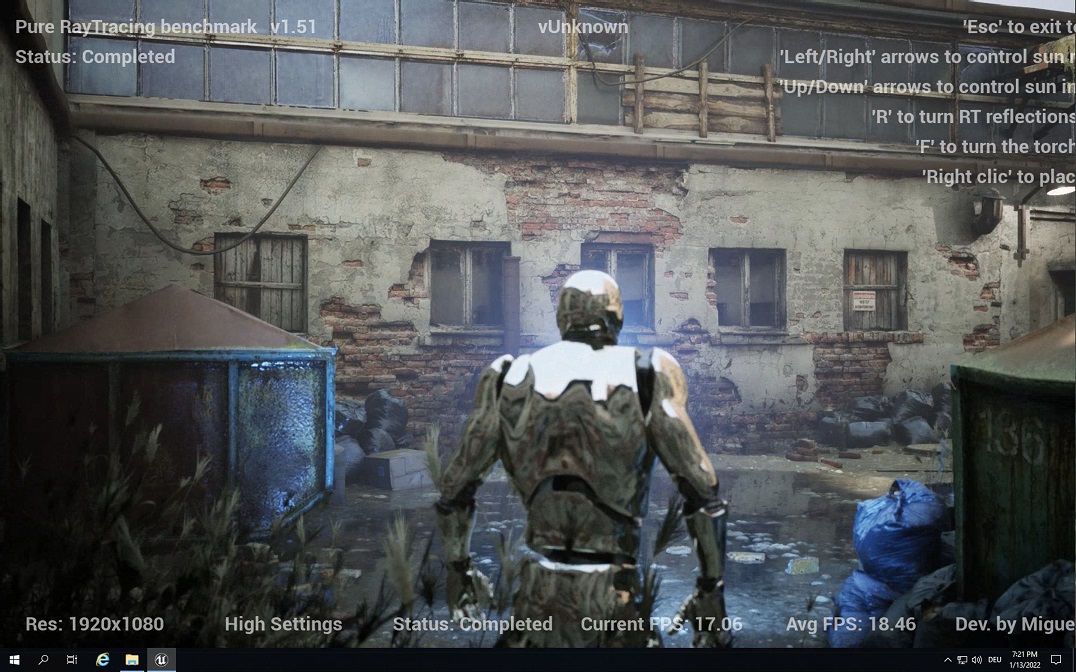 This furthermore illustrates the performance increase between the instance generations within an AWS instance-family and the high computational power required for the used benchmarking tools.

Roman is a Trainer and Cloud Consultant at tecRacer Consulting with focus on Machine Learning and DevOps. He likes to deep dive and understand every bit of technology he is working with.

Philip is a Cloud Consultant at tecRacer Consulting with focus on Migration, Enterprise Environments and DevOps. He likes to set up AWS environments fitting the customers needs.

Transforming large amounts of data into formats that help solve business problems is what data engineers excel at. A combination of Serverless tools such as Athena, StepFunctions, Lambda, or Glue can get the job done in many projects. However, some customers prefer to rely on Open-Source projects and tools to access more talent in the job market and be less reliant on a single cloud provider. Today, we’ll share a story of a modernization project that we did for a customer in the online marketing industry. - by Peter Reitz